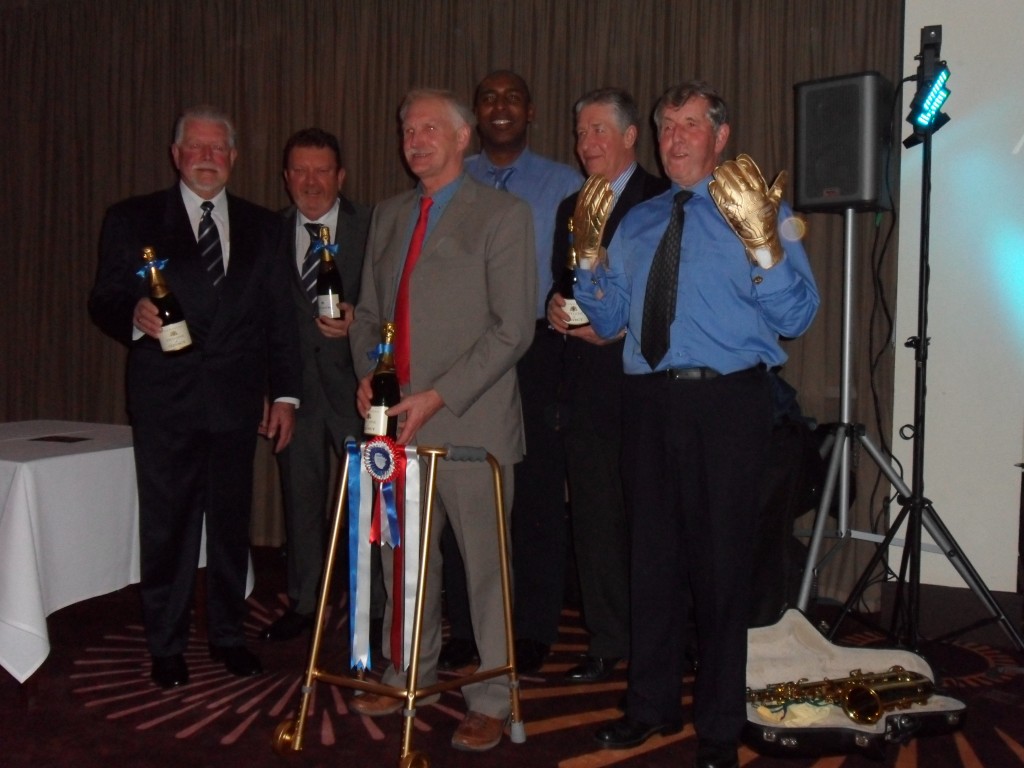 Over 60 players with their wives, family and friends attended the evening, which was held in the Sponsors Lounge at the ground. Andy Morris and his wife Angelina were the guests of honour, with Andy making the player presentations. Player of the Year 2012 went to John Longstaff, Clubman of the Year 2012 went jointly to Ken Fletcher and Chris Parsons. The most Improved Player of the Year 2012 went to Tony Bates. There was a special presentation of a pair of golden gloves signed by Tommy Lee, made to goalkeeper Eric Bagshaw. Eric will be celebrating his 75 birthday this year. During the evening, music was provided by the Wendy Kirkland Jazz Quartet and an excellent hot buffet was provided by the club’s catering department. A raffle in aid of Children in Romania raised £170.00