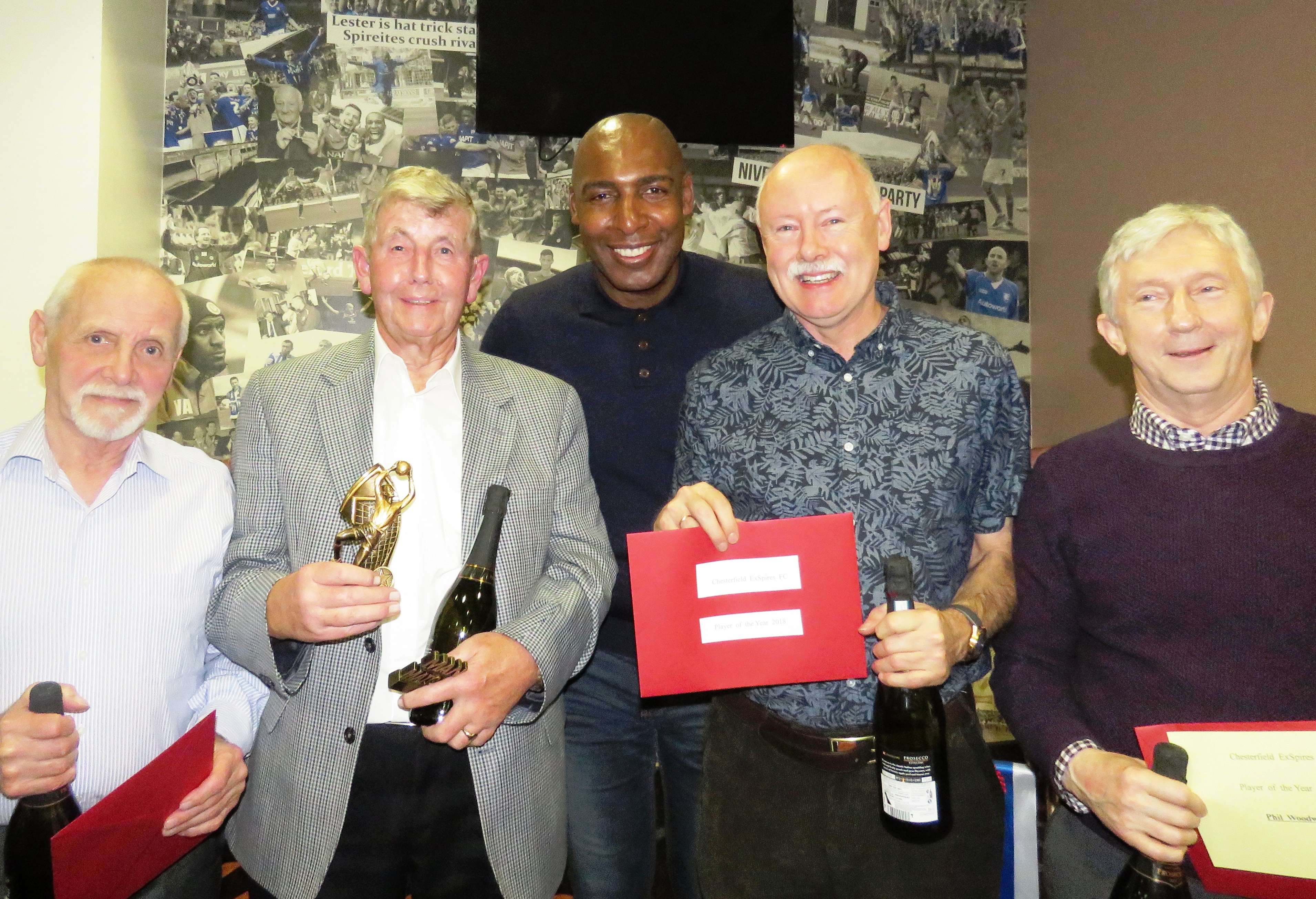 Over 50 players and their wives attended the Chesterfield ExSpires FC Presentation Evening held at the Proact Stadium on Friday 22nd February 2019.

Our President, Andy (Bruno) Morris, gave out the awards to the various winners for 2018, with Alan Reynolds receiving the ‘Most Improved Player Award’, Rob Broad and Phil Woodward taking joint ‘Player of the Year Award’ and a special award to goalkeeper ‘Eric the Cat’ Bagshaw, who became 80 years young in January this year, being the ‘Clubman of the Year’.

An excellent hot and cold buffet was served by the hospitality staff of Chesterfield Football Club and a musical interlude was provided by cornet playing Keith Arrowsmith, yet another one of our players with a diverse range of talent!